Have you heard about the new YouTube feature: Youtube Shorts? YouTube’s Shorts is a creation tool that enables content creators to record videos that are up to 60 seconds long. Wojcicki said Shorts had 3.5 billion “daily views” in India last January, where the company began beta-testing it in September.

Marketers, what do you think? Have you already tried them?

Shorts is a way for any creator to connect with a new audience with the help of just a smartphone and the Shorts camera feature in the YouTube app. YouTube’s Shorts creation tool allows creating videos between 15 and 60 seconds long.

User-generated “short” videos were born on the first days of YouTube, starting with the first upload, an 18-second video called “Me at the zoo.” As technology advances, people can be entertained and informed by bite-sized content in the spare minutes of the day. This just shows how advanced and creative video marketing is nowadays!

What you have to do to make sure your video is considered short?

Content created using the Shorts camera is limited to 15 seconds. So while anything up to 60 seconds is considered a Short, we recommend focusing on 15-second videos that viewers can quickly and easily enjoy.

The Beta version is currently being tested in India and other regions. Still, creators outside of India and the U.S. can get started creating Shorts. You just need to upload a vertical video up to 60 seconds and include #Shorts in your video’s title or description to help our system recommend your Shorts across YouTube.

As soon as YouTube Shorts were first announced, the platform introduced a special Shorts camera to creators in certain regions. There, creators have access to a multi-segment Shorts camera in the YouTube app. It’s similar to TikTok and Reels, which includes a tool for recording 15-second videos using music clips, speed controls, and more.

Most creators are waiting for a widespread rollout of this feature. Until then, remember that YouTube makes Shorts accessible to everyone by letting creators upload vertical videos of less than 60 seconds with the #Shorts.

Those two characteristics are all YouTube cares to classify your video as Short. There are still some doubts among creators, though, so here is a step by step guideline to create a Short:

You can as well take advantage of various creative features included, a few of those being:

Were you aware that YouTube can sometimes add a couple of seconds to the videos? That may not seem like a big issue for regular and longer videos. Still, these two extra seconds can mark the difference between YouTube classifying your video as a Short or a traditional video – so be careful!

In order to play it safe, make sure your Short is no longer than 58 seconds. That’ll keep you in the safe zone and ensure you don’t exceed the 60-second limit. YouTube hasn’t yet announced a minimum video length for Shorts, but we’d recommend making yours at least 5 seconds.

The dimensions of a Short are also critical. We’ve discovered that Shorts must be preferably vertical or a perfect square. If your video doesn’t match the dimensions or is even one pixel wider or shorter than it is tall, YouTube won’t classify it as a Short. Make sure to recognize properly the video resolution and the aspect ratio.

You may have recently seen a new row on the YouTube homepage, dedicated mainly to short videos. They’re also introducing a new watch experience that lets you quickly swipe from one video to the next, plus the option to discover other similar short videos.

What you need to get Started

You are able to create, edit, and upload a Short Video using almost any device. YouTube will recognize Shorts made with a smartphone, tablet, or any other video-recording device. When is time to upload, a smartphone or desktop computer will do the work.

There’s no need to have any previous views or subscribers to create a YouTube Short. As for now, there are no minimum requirements for creating short, vertical videos.

Youtube has also recently rolled out a prominent new spot for the create icon on Android, starting in India. Later they informed, Youtube will continue to expand to iOS phones and devices and expand to more countries soon. You can expect more creation features in the coming months. Creators have built entire businesses on YouTube. The future aims at the next generation of mobile creators to also grow a community on YouTube with Shorts. Plus, according to Wojcicki, Shorts had 3.5 billion “daily views” in India last January, where the company began beta-testing it in September.

There’s a new display area called Short Videos on the YouTube mobile app – it frequently appears below the videos people watch. When clicked, it sends users to a carousel of never-ending, less-than-a-minute videos.

When you’ve seen a significant increase in views on your channel, it could maybe be from a popular Short! Here’s a step-by-step guide to determine whether that has happened and to check the general analytics:

This will let you analyze how many views you’re getting from YouTube Shorts.

Let us know in the comments what you think about the new feature and we if this article has helped you in your first steps as a Youtube Shorts creator! Remember that you don’t have to have an expert to create a great video: check out WOXO’s Video Maker to get started for free!

Any information we’ve missed? Tell us on Instagram @woxotech 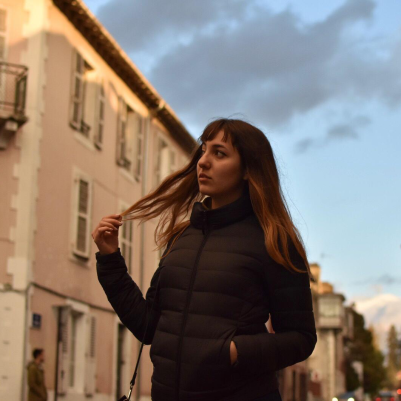